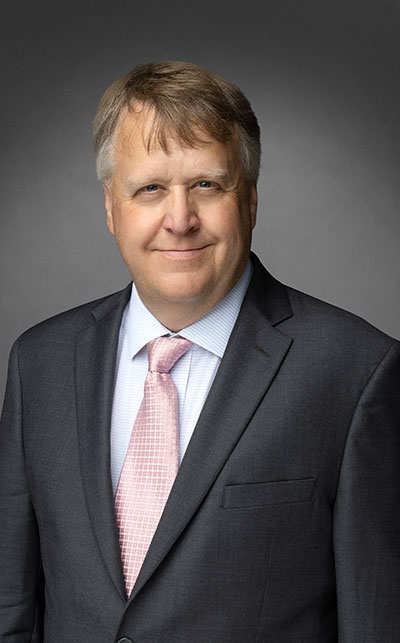 Dennis’ practice over the last 25 years has included all areas of workers’ compensation defense and employment litigation including claims against employers for violations of specific safety requirements and intentional tort claims. Dennis has worked to recover on subrogation claims for employers who were required to make workers’ compensation payments for employees who were injured as the result of third-party negligence. He also regularly counsels companies on risk management and litigation avoidance. This includes formulating settlement provisions to comply with the Medicare Secondary Payer Act, as well as general releases to avoid the potential for future costly litigation.

Dennis has tried at least sixteen workers’ compensation jury trials in courts throughout Ohio. Additionally, Dennis has defended hundreds of administrative workers’ compensation claims in hearings before the Industrial Commission of Ohio. His work on behalf of Ohio employers has included raising and litigating the defenses of: intoxication, voluntary abandonment, independent contractor, last injurious exposure, and ‘coming and going,’ to name just a few.

Prior to entering private practice, Dennis spent 10 years in the Ohio Attorney General’s Workers’ Compensation Section defending the Industrial Commission of Ohio and the Ohio Bureau of Workers’ Compensation in both trial and appellate litigation. This included jury trials, oral arguments before the Ohio Supreme Court, depositions, and extensive negotiations for out of court settlement.

Prior to his work with the Attorney General, Dennis was a Staff Attorney for Judge Michael Callahan of the Summit County Common Pleas Court, where he supervised personnel and case management in a court of general jurisdiction. His duties as a staff attorney included, researching and writing opinions in the areas of administrative appeals, contracts, injunctions, discrimination, personal injury, as well as medical malpractice.

Dennis received his law degree from The University of Akron School of Law in 1994 and his undergraduate degree in political economics from Ohio University in 1990. Additionally, Dennis enjoys traveling, biking, and reading.