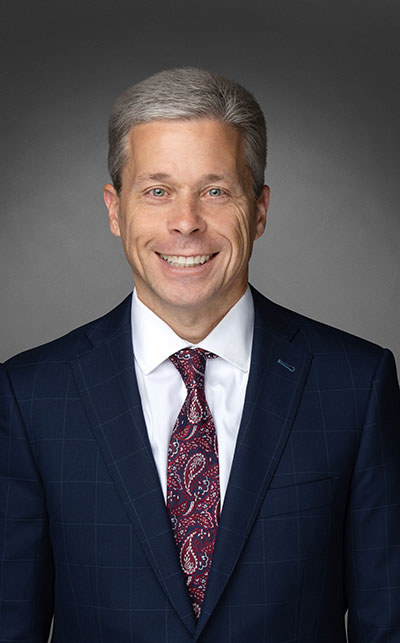 In addition, he spent a considerable part of his career in private practice serving as the lead attorney in matters before both state and federal courts and the Financial Industry Regulatory Authority (FINRA), formerly National Association of Securities Dealers (NASD). Kevin’s representative experience in financial services litigation is below.

He resides in New Albany, Ohio, with his wife and two children.

United States Court of Appeals for the Sixth Circuit, 1997

Kevin represented WMA Securities in a number of matters from 2000 – 2005. The majority of cases were filed by Kal Nekvasil of the Goodman & Nekvasil plaintiffs’ securities law firm in Clearwater, Florida. Most of the cases were brought before the NASD and involved allegations of suitability, misrepresentation, churning, breach of fiduciary duty and failure to supervise. Kevin also represented WMA representatives in state court to defend allegations of selling away and violation of blue sky laws due to the sale of unregistered securities.

Kevin represented Huntington Investment Company and its individual representative, Mike Bush, in a matter before the NASD in Tampa, Florida. The claimants alleged Mr. Bush invested their funds in unsuitable investments, misrepresented the nature of the investments and breached his fiduciary duty to them. The claimants’ claims against Huntington Investment Company included allegations of failure to supervise and control person liability. The matter was ultimately referred to NASD mediation and resolved.

In addition to his representation of broker-dealers and investment representatives in customer disputes, Kevin has represented a number of claimants who asserted claims involving suitability, margin disputes, misrepresentation, fraud, breach of fiduciary duty, churning and control person liability. All of those cases were filed with NASD/FINRA and most were resolved through arbitration hearings. One matter was resolved via a proceeding before the Securities Investor Protection Corporation (SIPC). Accordingly, Kevin has the unique perspective of handling customer dispute cases from both sides.

Kevin is an approved arbitrator for FINRA and was named Super Lawyer in the field of securities litigation by Ohio Super Lawyers magazine.

Kevin represented J.P. Morgan Securities (JPM) in a matter against a former investment representative in New Philadelphia, Ohio, who left to work for Wells Fargo Advisors. Upon his departure from JPM, the representative began contacting JPM clients to solicit them to move to Wells Fargo. JPM is a non-protocol firm, and the representative’s actions violated his non-solicitation agreement with JPM. Kevin filed a complaint with the Tuscarawas County Common Pleas Court in New Philadelphia, Ohio, and obtained a temporary restraining order against both the representative and Wells Fargo. He also filed a claim for breach of the agreement on behalf of JPM with FINRA. Following discovery, the parties resolved the matter through FINRA mediation. The respondents were represented by Tom Lewis of Stevens & Lee in New Jersey. Judge Edward E. O’Farrell presided over the hearing for a temporary restraining order.

Kevin represented J.P. Morgan Securities (JPM) in a matter against a former investment representative in Columbus, Ohio. Prior to leaving JPM and following his departure, the individual representative solicited JPM clients to switch firms. JPM also believed the representative had taken confidential client account information. Kevin filed a complaint with the Franklin County Common Pleas Court in Columbus, Ohio, and obtained a temporary restraining order against both the representative and Morgan Stanley to enjoin them from soliciting JPM’s clients and from misappropriating JPM’s confidential and proprietary information. Kevin also filed a claim for breach of the agreement on behalf of JPM with FINRA. Following discovery, the parties resolved the matter through FINRA mediation. The respondents were represented by Dennis Concilla and Doug Jennings of Carlile Patchen & Murphy in Columbus, Ohio. Judge Richard A. Frye presided over the hearing for a temporary restraining order.

In 2011, Kevin represented an individual registered representative in an investigation before FINRA. Specifically, the representative was alleged to have included misleading information in marketing materials. Kevin worked with FINRA and the representative’s broker-dealer to develop additional internal rules at the broker-dealer to add another layer of supervision over the production and dissemination of marketing materials. Kevin also has counseled individuals in Securities and Exchange Commission (SEC) investigations. Kevin has assisted clients in responding to subpoenas and representing them when testifying before the SEC.

Through the past 15 years, Kevin has worked with many expert witnesses. Most often, he has partnered with the Trade Investment Analysis Group (TIA), which has offices in Ohio and New York. TIA’s experts have provided testimony in both state and federal court, administrative proceedings and in arbitrations before FINRA/NASD, AAA, NYSE, CBOE, and Pacific Exchange. TIA provides expert witness testimony in matters involving profit and loss analysis, damages, churning, suitability, standards and practices, broker/dealer employment disputes, misrepresentations/ omissions, supervision, and compliance.