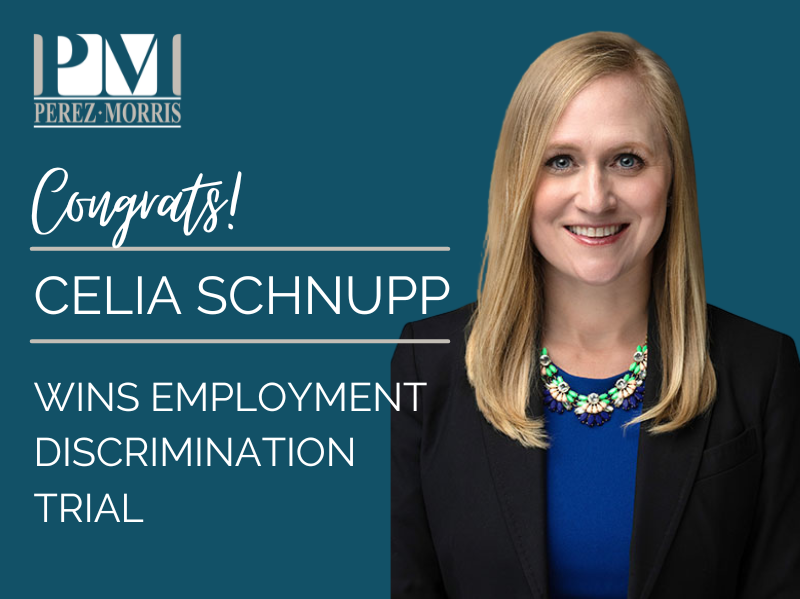 Perez Morris Attorney Celia Schnupp secured a full defense verdict for the firm’s client, a growing national franchise company, in a disability discrimination trial in federal court. The plaintiff, a former employee of the company, alleged that the company discriminated against her based upon an alleged non-visible disability and that her termination from the company was retaliatory. The company argued that the alleged disability was not visible and that it was completely unaware that the employee considered herself a disabled individual under the law, so disability was not considered at the time of termination. The company further contended that the employee was lawfully terminated due to performance issues.The jury issued a full defense verdict finding in favor of the employer on both the discrimination and retaliation claims, under Ohio and federal law. The trial was held before Judge Sargus in the United States District Court, Southern District of Ohio, during August 8 – 10,  2022.